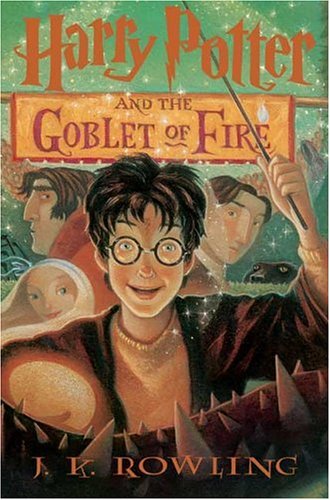 Harry Potter is fourteen and enters the fourth year at Hogwarts college. Great news awaits Harry, Ron and Hermione upon their arrival: the holding of an exceptional magic tournament between the most famous schools of the witchcraft.
Foreign delegations are already entering. Harry rejoices … Too quickly. He will find himself immersed in the heart of the most dramatic events he has ever had to face.
During the summer, Harry can attend the Quidditch World Cup with the Weasley family. But the event was tarnished by the irruption of Voldemort supporters.
Barely recovered from his emotions, Harry returns to Hogwarts and another surprise awaits them: the organization of the Three Wizards Tournament. Three schools (Hogwarts, Durmstrang and Beauxbatons) each delegate a champion for a very dangerous magic competition. This tournament is for older students only, so Harry does not register for it.

His surprise, and that of everyone, is great when his name finally and magically appears among those of the candidates. Harry will, therefore, have to solve puzzles and overcome tests for which he was not prepared. His reputation is in danger, but also and above all his life. Fortunately, he can count on the help of his friends and others to overcome obstacles. However, this new adventure will end in an even sadder way than the previous one.

The Harry Potter saga continues its momentum: even darker, with more danger. We are gradually leaving the field of early adolescence. Moreover, changes also appear in the characters. The feeling of friendship is substituted for or added to by others, well known to all. Ron and Harry’s awkwardness at this level is almost caricatured.

This is perhaps the only criticism I will make of JK Rowling on this novel: it caricatures the behavior of boys and girls of this age. Is it to please a certain segment of its readership? In any case, there is a risk of losing another part. Fortunately, the rest is good: good intrigue, mystery, action, complicity … all the ingredients are there.